Dodgers win World Series on a ... bad(!) night for baseball 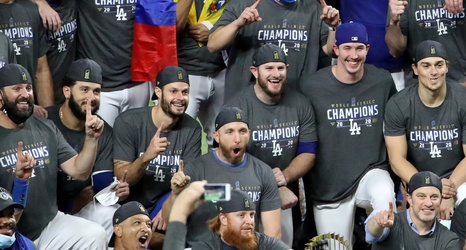 The 2020 World Series met its conclusion Tuesday night, and the Dodgers emerged victorious, having needed 6 games to do so.

There were a couple reasons that the night was bad for baseball, however. One of them related to unsightly strategy, and the other being unquestionably, just bad for Major League Baseball, organizationally.

The game started slow—and I mean literally. The Dodgers’ first pitcher was a man named Tony Gonsolin. He took roughly three presidencies to deliver each pitch. The only Tampa batter to make him pay for this was, obviously, Randy Arozarena. Randy hit a solo homer in the top of the first.