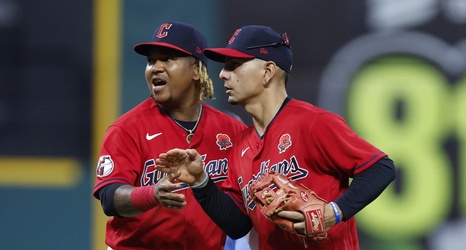 Numbers don’t lie — Andrés Giménez and José Ramírez are confirmed to be better than Mike Trout. Paul Goldschmidt and Aaron Judge took home MVP honors in the National League and American League, respectively, but the more important story is that Ramírez finished fourth and Giménez finished sixth. Trout was eating both their dust in eighth place.

For Ramírez, this is the fifth time since 2017 he has finished in the top five of MVP voting. It’s the first appearance on the list for Giménez, who just completed his second full season.

Cardinals’ Paul Goldschmidt wins first career MVP award | ESPN
Paul Goldschmidt now has an MVP award to go with his four Gold Gloves, and Aaron Judge can show all his new Guardians teammates the trophy when he signs in a couple of months.