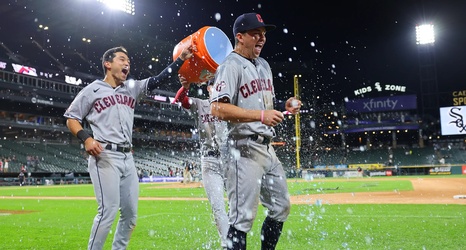 There’s still work to be done for the Guardians, but they did what they needed to last night by smoking the White Sox early and often. Steven Kwan’s ascension continued, and he even showed some power with a late home run. Meanwhile, Triston McKenzie and Josh Naylor will be the nightmares of Sox fans all offseason.

McKenzie twirled a gem, striking out a dozen White Sox batters and walking none over his eight innings. Josh Naylor, meanwhile, put the dagger into the game and maybe Chicago’s season with a seventh-inning home run.

Myles Straw is back on track in September | Away Back Gone
Stellar defense and a great bat?