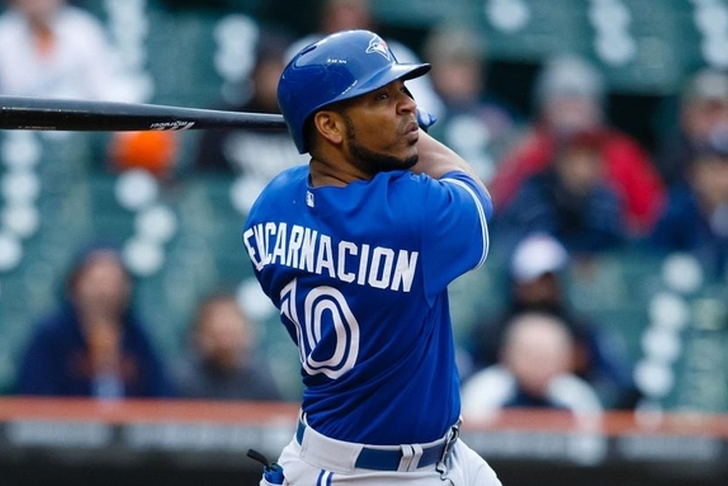 Indians win Encarnacion. 3 plus an option.

Deal is thought to be worth 20M/yr or thereabout.

Encarnacion played for the Toronto Blue Jays since 2009. But he's heading back to Ohio, after starting his MLB career with the Cincinnati Reds. The exact terms of the deal are below.

Encarnacion is one of the best hitters in the majors and this is a big addition for the small-market Indians (who nearly won the World Series this year). Despite being 34 years old, Encarnacion is both young and more productive than the now-departed Mike Napoli. Encarnacion hit .263 last year with 42 home runs and a MLB-best 127 home runs.