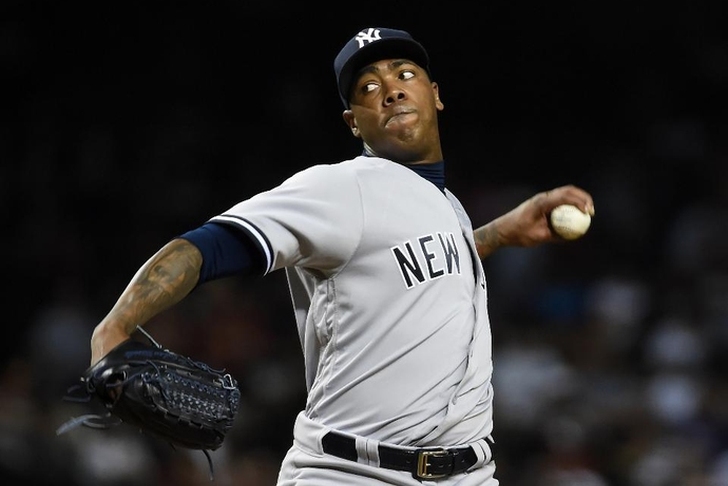 The MLB trade deadline on August 1st is rapidly approaching, and the trade rumors around the Cleveland Indians are starting to heat up. Cleveland is 52-36 and in first place in the AL Central. But the Indians don't have a perfect team and could look for an upgrade or two at the deadline. With that in mind, here all the latest Indians trade rumors.

Indians And Bruce?
Reds OF Jay Bruce is firmly on the trade block, thanks to the Reds' struggles and Bruce's solid play. Bruce has the Indians on his no-trade list, but told Jon Heyman he'd be open to joining Cleveland this year.

"They are on my list," Bruce said. "This is a decision you have to go case by case. I’m not ruling anything out. But I think it would be shortsighted to rule out a team that wanted me and has a chance to win. I’d likely have to at least strong consider it."

With the Indians playing well and Bruce already on the record saying he wants to win a World Series, it's a logical fit.

Indians "Sleepers" For Yankees' Players?
The Indians could use another lefty in the bullpen, although they've been very limited in their moves at the trade deadline in the past. That might not be the case this year and they could be trade partners with the Yankees.

If the Yankees move either Andrew Miller or Aroldis Chapman, Indians are sleepers: Cleveland has motive, need, and prospects to make a deal.

The Yankees have said they won't deal Miller, but with Chapman's contract set to expire, he could be dealt. The Indians, like Olney mentioned, have a strong farm system and could afford to land Chapman. Of course, it's unclear if the Indians would be willing to give up the prospects needed.

Follow our Cleveland Indians team page for all the latest Indians trade rumors or download the Chat Sports App!