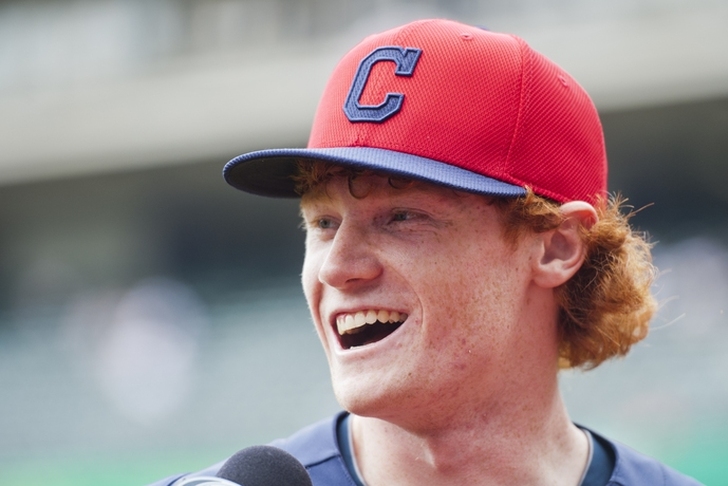 Clint Frazier, the Cleveland Indians' top pick in the 2013 draft, was named the Single A Carolina League Player of the Week for the second time in four weeks.

He is rated the No. 3 Indians prospcet by Baseball America, and as the organization's best power hitter.

Hillcats manager Mark Budzinski said that Frazier has become more successful because of his increased discipline at the plate.

"Frazier, this whole second half has really been using the field really well, driving the ball to all parts of the field," Budzinski said. "He's laid off breaking balls out of the zone and put himself in some good hitting counts and driven the ball all over the place. It has been a lot of fun to watch his progress. He's really stepped up his total game both from a defensive and base running standpoint, paying attention to that side of the game, and being able to be a complete player overall. That's the direction he is heading right now. We are very happy with him as far as his day-to-day work is concerned and his focus and energy he brings to everyday and every game."