The Dominant May of Corey Kluber 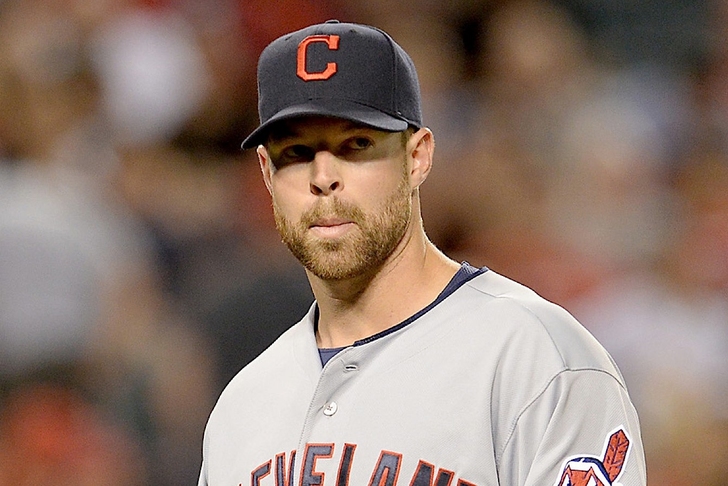 Coming in to today's game against the Baltimore Orioles, Corey Kluber has undoubtedly been the best starting pitcher in the Cleveland Indians rotation. Time and time again when the Tribe needed a quality start to stop a rough patch, Kluber has been there to deliver.

Kluber started off the year rough with an ERA of 4.14 for the month of April. A couple starts he wasn't even able to reach five innings pitched. April also saw Kluber get eight or more strikeouts in only two of his six appearances. However, May has been a completely different story for the right-hander.

His ERA for the month of May is a very impressive 2.02 with opponents only hitting .268 against him. Of his five starts in May he has recorded eight or more strikeouts in all of them, making Kluber the only pitcher to achieve that feat in the Major Leagues so far this season. Johnny Cueto had a streak of four earlier this year and Felix Hernandez had a three-game stretch of eight-plus strikeouts. His shortest outing over the last month has been 6.2 innings and has went at least 7 innings in his other four starts. Kluber's 47 strikeouts in his five starts in May is good enough for a 9.4 strikeouts per inning. This stretch of strikeouts has pushed Kluber up to tops in the league for strikeouts with 83, just one ahead of Cueto's 82.

What is most impressive though is the offenses he has been doing it against. He has faced the Tampa Bay Rays, Toronto Blue Jays, Detroit Tigers and Baltimore Orioles, picking up three wins in those four contests with a no decision coming against the Tigers.

He showed his ability to work from corner to corner of the plate last season and is continuing to do so again this year. His two-seam fastball is running away from left handed hitters and in on the hands of right handed hitters. Something that he has vastly improved on this season is his secondary pitches, his change-up and curveball have complimented his fastball well. His true "get-em-out" pitch this season has been his slider.

The dominance for Kluber isn't only on the mound. He also dominates interviews, and is entirely unfazed by his teammates in an interview earlier this month. See below:

ABSOLUTE DOMINANCE of May = Corey Kluber.