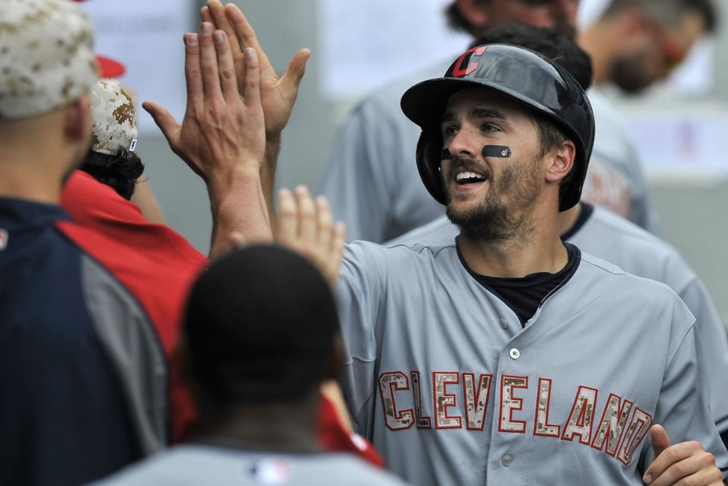 Chisenhall went 5-for 5 with three home runs and nine RBIs for the Cleveland Indians, as the Tribe hammered the Texas Rangers by a count of 17-7.

Per the Associated Press, "Major League Baseball said it was the first time a player went 5 for 5 with three homers and nine RBIs, since the RBI became a statistic in 1920. He also is only the fourth big leaguer to have at least five hits, nine RBIs and three homers in a game — first since Boston's Fred Lynn in 1975, according to STATS."

With all this mind, one Wikipedia user decided to celebrate Chisenhall's accomplishment with the best edit ever:

Lonnie Chisenhall as the next Chuck Norris?

If he can continue hitting .385 while putting together amazing performances such as the one on Monday, we might be telling "Lonnie Chisenhall is so strong..." jokes at the water cooler from now on.

Cleveland Indians fan? Here's some other team pages to follow: