Indians Sweep Tigers With Help From a "Balk-Off" 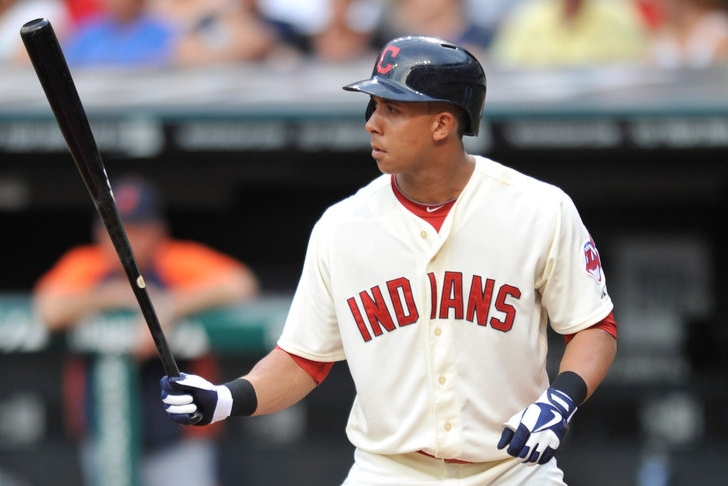 The Cleveland Indians (22-25) had a series that they desperately needed as they swept the AL Central leading Detroit Tigers (27-15). Two of the three games were won in dramatic fashion, with game one ending with an extra-innings Michael Brantley walk off solo home run and then game three, today, ending in a bases loaded "balk-off." The game ended in an 11-10 final in favor of Cleveland.

This game had lots of drama, first, both Detroit Manager Brad Ausmus and First Baseman Miguel Cabrera were both ejected for arguing a strike call. Next was a blown save from Tigers' closer Joe Nathan in the top of the ninth after he gave up a two-run home run to David Murphy. Then after three innings of scoreless extra-inning baseball, Alex Avila was able to hit a home run off of an otherwise very impressive Josh Tomlin to put the Tigers ahead by one in the top of the thirteenth. Lastly, in the bottom of the thirteenth the Indians were able to get runners on first and second and one out with their best hitter Michael Brantley up, he was able to send a line drive into left field to score Mike Aviles from second. Finally, the Tigers decide to intentionally walk the pinch hitter Yan Gomes to load the bases and get to Ryan Raburn.

The Detroit Tigers pitcher was Al Alburquerque. As Alburquerque came set, he saw Asdrubal Cabrera out of the corner of his eye dancing down the third base line. Cabrera caused him to flinch before coming set, which was a balk. That allowed all runners to advance and the game winning run to come across the plate before Raburn had to even see two pitches. Alburquerque was also the pitcher who surrendered the walk-off home run to Brantley in game one.

Positives from the series:

Coming in to this weekend series the Indians had just got roughed up and swept by the Athletics in Cleveland and had lost four straight. Cleveland was also losers of six of their last eight before this series against Detroit. These three wins will help the Indians get their confidence heading in the right direction once again.

Offense came to life; each game the Indians had ten or more hits in each game and forty-three all together.

Trevor Bauer put together a very impressive outing after being called up to start on Tuesday. This was his second solid start this season after having one against the Padres earlier this year.

Corey Kluber continues to pitch well as he went seven innings with eight strikeouts and only three earned runs in game one.

Negatives from the series:

Zach Mcallister continues his struggles on the hill. Wednesday's game saw Mcallister only throw two innings, giving up four earned runs on five hits and two home runs. Mcallister has given up 18 runs, 17 earned, in his last 7 2/3 innings. His ERA has climbed from 3.18 to 5.89 over that stretch.

The Indians had to use nine pitchers to get the win in Wednesday's game including tomorrow's projected starter, Josh Tomlin. Leaves the question, who is going to start the game tomorrow? They can elect to bring up Kyle Davies, who is slated to start the triple-A Columbus game tonight or Travis Banwart who is the projected starter for tomorrow's game in Columbus. Davies is 1-2 on the year with a 3.26 ERA and has only thrown 19.1 innings with 8 strikeouts. Banwart is 3-0 with a 3.35 ERA and has 34 strikeout in 45.2 innings pitched. The Indians could also elect to go with a committee approach to tomorrow's game in Baltimore.

Asdrubal Cabrera was hit by a Phil Coke fastball directly on the left kneecap in the bottom of the thirteenth. Cabrera was in noticeable pain but had to stay in the game due to not having a replacement. He ended up coming around to score the winning run but you could visibly see him still hobbling during the celebration.