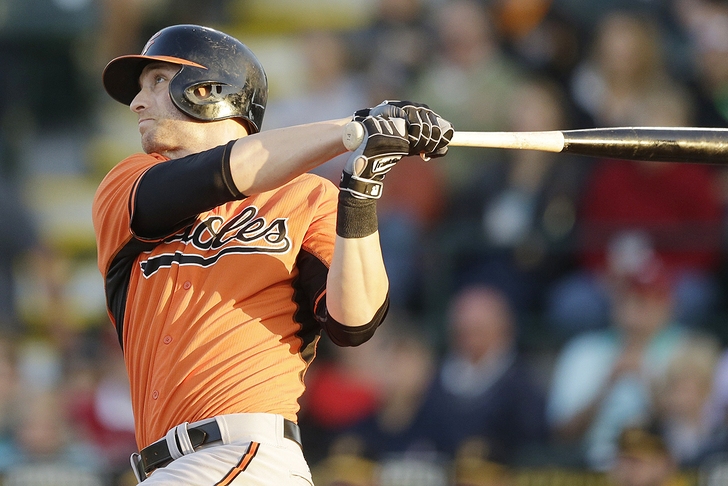 The Cleveland Indians are still looking to make a few moves before pitchers & catchers report...here's the latest from Saturday on OF target Nolan Reimold:

Reimold might have fallen a long way, but he still owns a decent .251/.324/.439 slash line over 1134 PAs. His injury history is the big reason why no one is jumping out to sign him to a new deal, and the Indians and Orioles are reportedly both looking to sign him to a minor-league contract.

Here's a brief look at his recent injury history, which might give you an idea of why Terry Francona & co. are being a little bit cautious:

September 2009: The O's shut down Reimold for the year due to 'fraying' in his left Achilles tendon. He undergoes successful surgery, but doesn't contribute much in 2010.

April 2012: A herniated disk puts him on the DL...which eventually becomes the 60-day DL...and not long after, Reimold is forced to undergo season-ending surgery.

July 2013: The Orioles discover Reimold's 2012 surgery didn't fix everything...and the corrective surgery once again rules him out for the year.

Reimonld did show some flashes last season, but his lengthy layoffs have made it hard to get a read on his true current potential. A minor-league deal is a great low-risk way for the Tribe to see how much he has left in the tank, and we'd expect to see a deal done soon unless the Orioles can sneak back into the mix.