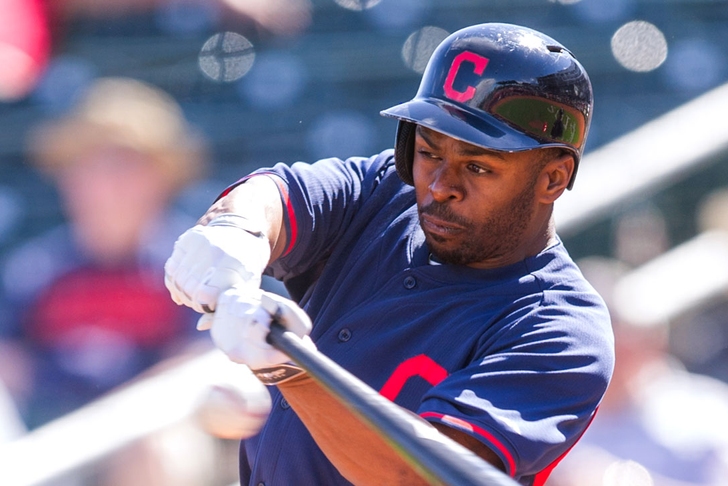 Cleveland Indians outfielder Michael Bourn's hamstring surgery after the 2013 season was supposed to be a minor affair. However, Bourn found himself sidelined for the 2014 campaign's opening two weeks along with for nearly six weeks in the middle of year after another damaging hamstring injury.

Bourn may not be up to full-speed and health yet, but Indians general managers Chris Antonetti likes what he's seeing from Bourn in his rehab.

"Michael is determined get back to being an impact player on the bases and in the field," Antonetti said, via Terry Pluto of the Cleveland Plain Dealer. "I really believe he is a man on a mission about this. He is putting forth the effort to make it happen."

Indians trainers have been working with Bourn in Houston on a program designed to strengthen his hamstring muscles, and the 32-year-old outfielder is also working out with a track coach at his alma mater, the University of Houston.

"We're very encouraged with where Michael is right now (with his legs)," said Antonetti.

Michael Bourn led the American League in triples last season, despite missing 56 games. The club hopes he can continue to stretch doubles into three-baggers (along with getting his stolen base groove back) when the season starts in a few months.