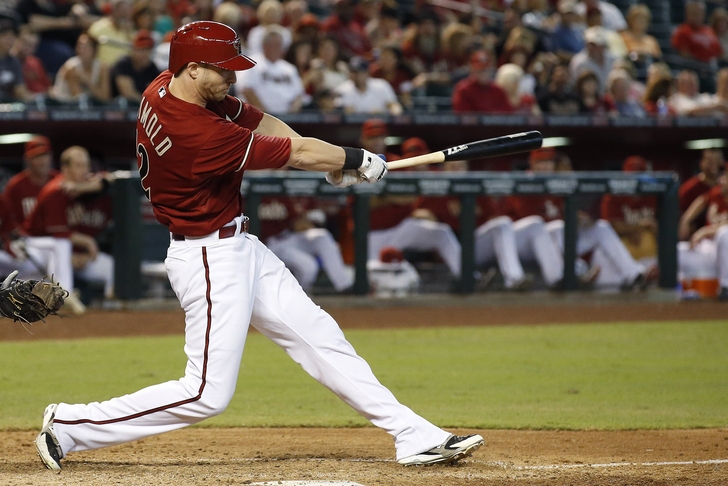 The Cleveland Indians are one of the three teams giving serious consideration to free agent outfielder Nolan Reimold, per a report by MASN's Roch Kubatko:

Add the #athletics to list of teams interested in OF Nolan Reimold. #orioles and #indians still in mix but A's have checked in on him

Reimold spent the first five years of his career as a member of the Baltimore Orioles, before splitting the 2014 MLB season with the Toronto Blue Jays and Arizona Diamondbacks. He was only able to appear in 29 games, however, In 29 games in 2014, slashing .232/.282/.435 with three home runs and five doubles while spending time at both corner outfield positions.

Injuries have derailed the former second-round pick over the past six season, as Reimold's been limited to 315 games over that span - an average of just 52.5 games per year.

Regardless, the Indians are in need of a right-handed bat with power potential, and Reimold fits that bill if he can somehow get and stay healthy.