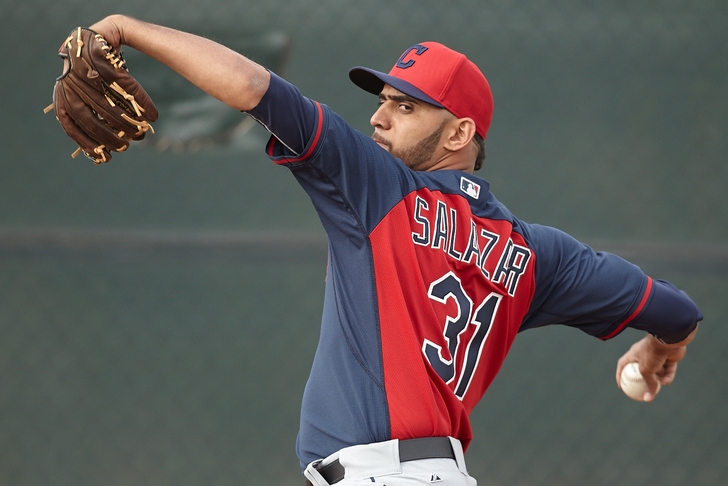 The Cleveland Indians announced the demotion of 25-year-old righty Danny Salazar to Triple-A on Friday, sending the popular breakout-season candidate down to the farm to work on his command.

Here's Hardball Talk's Aaron Gleeman with his analysis of the move:

Cleveland has solid rotation depth, but Salazar has a 3.89 ERA in 30 career starts while racking up 185 strikeouts in 162 innings. His control can be spotty, but there isn’t much more for him to prove in the minors and he’s already performed like a useful mid-rotation starter in the majors. And even while struggling this spring he posted a 15/5 K/BB ratio in 11 innings.

Salazar should be back in Cleveland soon enough, however. The Indians likely looked to his one remaining minor-league option as a way to get a longer look at other rotation candidates that may not have said option available in their contracts.