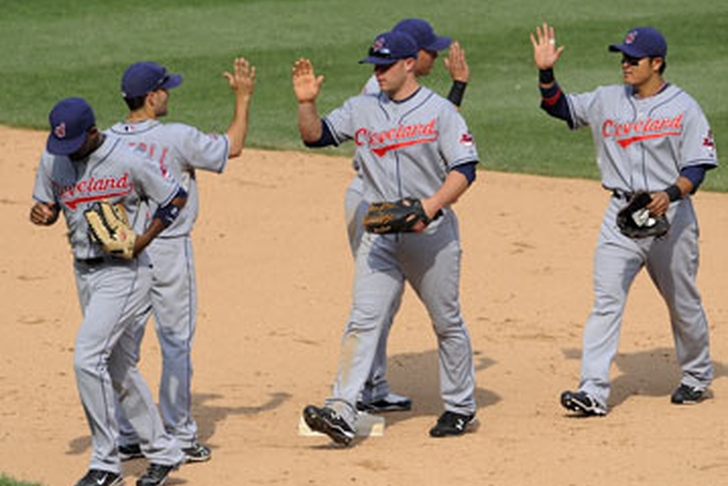 After a 2013 campaign which saw the Cleveland Indians exceed 90 wins, and lose in the AL Wild Card game to the Tampa Bay Rays, many questions remain on the future of this team.

One of the biggest questions for General Manager Chris Antonetti, Manager Terry Francona, and club President Mark Shaprio, is what to do with the bullpen (in particular the closer role). Chris Perez was by far the biggest disappointment of the 2013 season, and had to be bailed out by offensive heroics way too many times this season. At the end of the 2012 season, which had the Indians not even eclipse 70 wins, the question was who should close: Perez or Vinnie Pestano. Pestano took such a deep step backwards this season, he didn’t even make the Playoff roster. Justin Masterson who started the season as Cleveland’s #1 option at pitcher finished the season with some injury issues, and as such found his way into a bullpen role during an unbelievable stretch of wins to end the season, culminating in a 20-6 record in the month of September.

After solving out the role of who ends up in the back of the bullpen, Cleveland management must then figure out the rotational quaigmire the club has ended up in. Danny Salazar emerged as a hard throwing #1 guy for the rotation, but will that production continue? The Indian’s have had many promising rookie sensations simply teter out their sophomore seasons. Josh Tomlin during the 2011 campaign looked as if he was the savior of the franchise, starting out 7-2 in his first 11 starts…he ended up needing Tommy John keeping him out for 2012 and the majority of 2013.

The Indians also must decided what to do with Ubaldo Jimenez. Jimenez cost the Indians 2 top level prospects when they traded for him at the 2011 trade deadline. The Indians traded top draft choices Drew Pomeranz and Alex White to the Colorado Rockies (neither has made any sort of impact in the majors). Jimenez started out unbelievably slow in Cleveland. Throughout 2012 and the first half of 2013, many Tribe fans were calling for Jimenez’ head. But, Jimenez managed to turn it around in the 2nd half of the season. After the All-Star break, Jimenez went 7-5 with an ERA of 2.34, including an incredible September where the Indians won every game which Jimenez started. In September, Jimenez went 4-0 with a 1.09 ERA. Is the “Big U” worth a multi-year contract at mid-level money?

Despite all the questions within the pitching program of the organization, the Indians #1 priority MUST be to re-sign Jason Kipnis to a long term deal. Kipnis emerged this season as the face of the franchise on the field, despite major money being spent on Nick Swisher. Kipnis this season batted all over the order and still finished in the top 10 for walks and stolen bases this season in the American League. Kipnis helped the Indians manufacture runs, and it always seemed to happen with 2 outs. Kipnis and Michael Brantley are 2 of the future stars of the Indians organization. Both deserve to be locked-up long term. Kipnis is still on his rookie contract and will be eligible for arbitration after next season. The Indians haven’t been to arbitration since 1991, by far the longest stretch in Major League Baseball. They will obviously look to avoid it once again with Kipnis.

On the other side of the middle infield, the Indians have a major question mark with Asdrubal Cabrera. Cabrera underperformed both in the field and at the plate this year for the Indians. Manager Terry Francona had to expect a lot out of Cabrera this season, when he started hitting him 3rd in the order throughout the month of April. Cabrera ended the season hitting sometimes as low as 8th in the order, and finished up the season with a .242 batting average. Cabrera also couldn’t perform in the clutch, going 0-4 with a Strikeout in the Wild Card game against Tampa Bay. Cabrera enters the final year of his contract in 2014, where he is owed over $10 Million.

Starter Corey Kluber and 8th inning specialist (and potential future closer) Joe Smith, both major factors in the Indians play this year, are also up for free agency. The Indians look to be major players in free agency this year, still having some offensive issues to solve. The Tribe first should lock up the players who helped them make the 2013 season such a success.