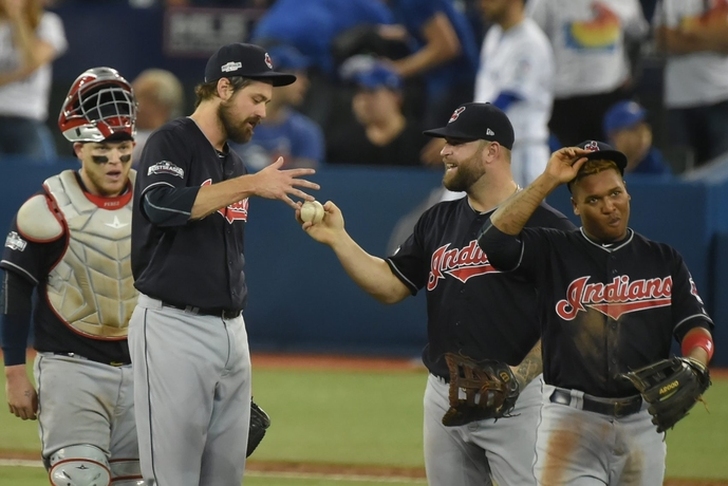 The Cleveland Indians surprised many with their playoff run, coming within just one game of winning their first World Series title since 1948. Now they go back to the drawing board, but there are a few moves they could make to really solidify themselves to be the favorites for 2017:

3) Sign a reliable back-end starter (or two)
Cleveland essentially went to a three-man starting rotation in the postseason not just because they had faith in their top-end starters, but also because they didn't have any depth. That has to change this year. The free agency market certainly isn't rich with starting pitching, yet there are several who could help the Indians in this area, namely Bartolo Colon.

2) KEEP ANDREW MILLER
Miller was a huge midseason pickup for the Indians, but there are some rumblings that he might be traded due to the fact he is owed $18 million over the next two years:

Steve Phillips: "I've talked to some agents who believe that Andrew Miller may be made available this offseason" #Indians

That would be an amazingly colossal mistake. Miller is the best pitcher on this team not named Corey Kluber, and might be the best reliever in all of baseball. Their championship window is open now - giving Miller away only moves to shut it.

1) Re-sign Mike Napoli
Even though Napoli struggled down the stretch last season, the Indians need the 36-year-old back next season. He led the team in both home runs and RBIs during the regular season, giving them a power bat they needed. However, they need to be careful not to overpay him.