Stephen A. Smith Says Kyrie Irving Is Not Happy With Cavaliers, Wants Out 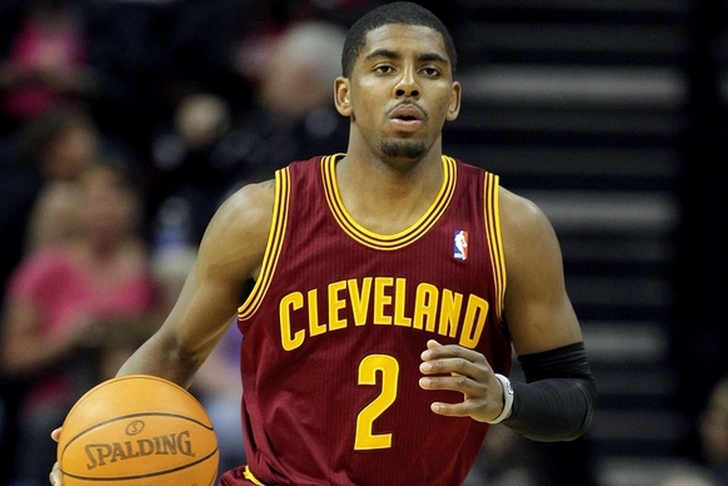 The Cleveland Cavaliers are 41-17 and led the NBA Eastern Conference. Only the Golden State Warriors and San Antonio Spurs have a better win percentage. However, the Cavs have already fired head coach David Blatt. That's not the end of the turmoil surrounding the Cavaliers. On ESPN's First Take Monday, Stephen A. Smith reported that Kyrie Irving is unhappy in Cleveland and wants out.

"Dating back to last year, I’ve been told that Kyrie Irving ain’t too happy being in Cleveland," Smith said Monday morning. "The situation is not ideal for him. I don’t know the particulars, I haven’t spoken to him personally. It’s something that I’ve been hearing for months ... that under ideal circumstances he would prefer to be someplace other than Cleveland."

Smith admits he hasn't spoken to Irving, meaning this is Smith's sources telling him this. The full video of Smith's comments is embedded below. The part about Irving start around the 6:05 mark.

Irving just signed a five-year contract worth over $94 million. Irving is averaging 18.9 points, 4.3 assists and 2.8 rebounds this season, the lowest figures since his rookie year.