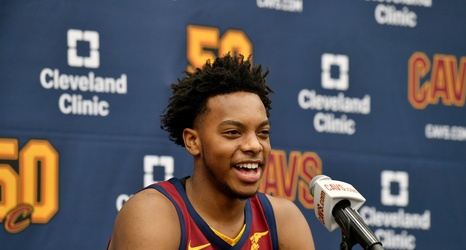 At this point, fans of the Cleveland Cavaliers and the organization seem well aware of the team’s narrative for this season.

It’s primarily about Cleveland getting young players big minutes, and having the team gradually move in the right direction in their full-rebuild under the leadership of head coach John Beilein and the mostly-new coaching staff.

I’d think that sort of thing can be the case thanks is large part to veteran star big Kevin Love hopefully healthier this year, as his inside-out scoring presence can help young pieces such as wing Cedi Osman, second-year guard Collin Sexton and Cleveland’s three drafted rookies in guard Darius Garland and I’d think in minutes on the floor with Love, wings Dylan Windler and Kevin Porter Jr.