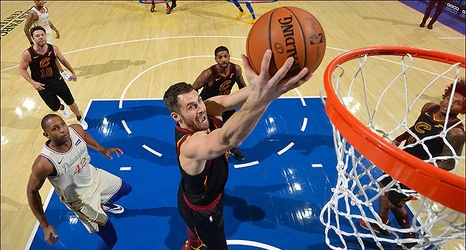 Despite the current losing streak, the Cavaliers have hung tough with some top-tier competition. That was not the case on Saturday night in Philly.

The Sixers – who still haven’t dropped a game at home – jumped on the Wine & Gold early, scoring the game’s first 10 points and never looking back, running away with the 141-94 decision at the Wells-Fargo Center.

Ben Simmons scored a career-high 34 points on 12-of-14 shooting in less than three full quarters of work and the Sixers – who were without All-Star big man Joel Embiid – shot a gaudy 63 percent from the floor and led by as many as 53.