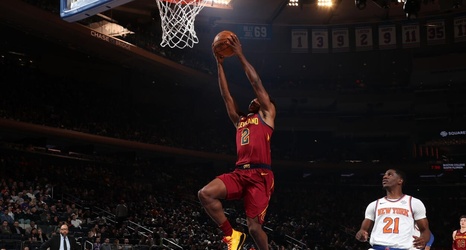 Cleveland is beating the teams they’re supposed to, and they’re so young they might currently be immune to the New York night life. It was the Knicks who looked hung over in this one, as they nnever led, and trailed by as much as 30 to the Cavs. While New York made an obligatory run in the late third and early fourth, they never got closer than 12 or 13, and were mainly aided by the Cavs freezing out Kevin Love for inextricably long stretches. When the good guys did go back to Love and Thompson, good things happened and Cleveland won going away.