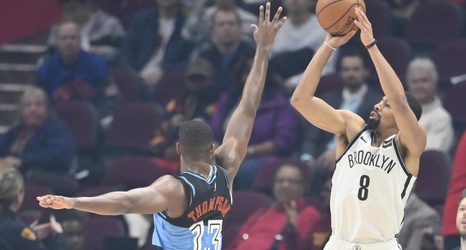 It’s not too common for an NBA team to come back from a nine point deficit with 2:10 left in the fourth quarter to tie the game and have a chance to win. Yet, the Cavs did just that. Out of a timeout with 2:10, Collin Sexton drove to the rack and stood tall against three different Nets players to get an And-1, which he converted. Jordan Clarkson followed that up by running down the court after a Spencer Dinwiddie miss for a layup to make the score 102-106.