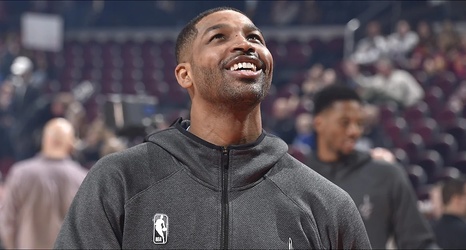 Tristan Thompson Continues His Ascent Through the
All-Time Record Books

Many of us still remember the day Tristan Thompson (and Kyrie Irving) first arrived in Cleveland after being taken with two of the top four picks in the 2011 Draft.

The Cavaliers were coming off a 19-win season, but won the NBA Lottery that spring, drafting a pair of players that would eventually be key pieces to their 2016 NBA Championship run.

Looking back at the scouting report on Thompson after a single season at Texas, the experts had the Toronto native pegged pretty well.

Some of the advanced intel was spot-on: ”Good but not elite athlete by NBA standards, but extremely active around the rim,” “High-motor, blue-collar player who doesn’t take plays off,” “Doesn’t need plays called for him to be effective,” “Potential to be a strong rebounder, especially at the offensive end.