Mavericks would be logical trade suitors for Cavs’ Tristan Thompson 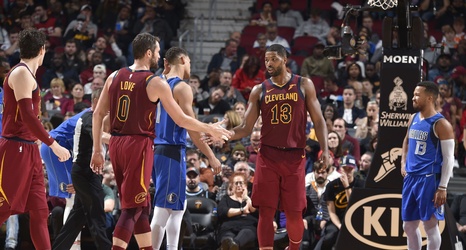 With what he’s shown throughout the 2019-20 season, I would imagine that Cleveland Cavaliers big man Tristan Thompson is going to have trade rumors surrounding him heat up more and more leading up to the February 6 NBA trade deadline.

Thompson is on track for having career-highs in points (12.6), rebounds (10.6), assists (2.1) and is on track for tying a career-best in steals per game this season, according to Basketball Reference.

TT is clearly the unquestioned leader of the Cavaliers, and even in Year 9 with the Cavs, the team that drafted him in 2011, he’s as relentless on the glass on both ends as he was early on in his career.