LeBron James says Andrew Bogut is 'another playmaker' for Cavaliers 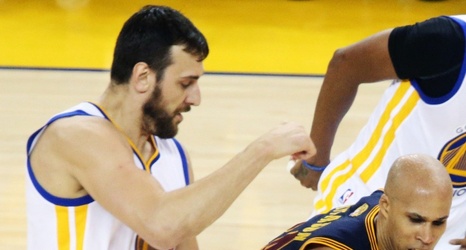 ATLANTA -- In the latest sign LeBron James' demand for another "playmaker" was misunderstood by pundits, the Cavs superstar called Andrew Bogut one on Friday.

"Bogs is gonna add a lot to our team, not only protecting the paint but also screening and also his ability to pass the ball," James said of Bogut, the 7-footer who signed as a free agent for the remainder of the season with the Cavs Thursday. "He's gonna give us another playmaker, so, it helps out alot."

On Jan. 23, as James ripped Cleveland's roster for being too "top heavy" and called for a "(expletive) playmaker," he was accused by some for seeking yet another star to join him and Kyrie Irving and Kevin Love on the Cavs.