Kevin Love’s five best moments as a member of Cavaliers 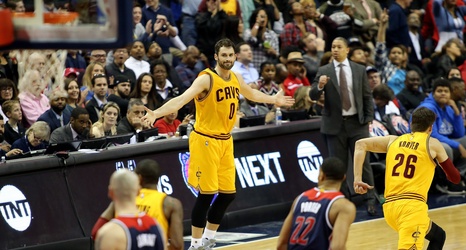 With what’s transpired with Kevin Love this season with the Cleveland Cavaliers, and according to a recent report from Cleveland.com’s Chris Fedor in a mailbag, Love wants to be traded. You’d think that’d mean sooner rather than later, such as the NBA’s February 6 trade deadline, or at a later time, being this summer.

That being said, Love will always be remembered as a key contributor in the Cavs’ golden years in LeBron James‘ return to the team from 2014-15 to 2017-18, and with that being the case, let’s take a look at Love’s five best moments as a member of the Wine and Gold.