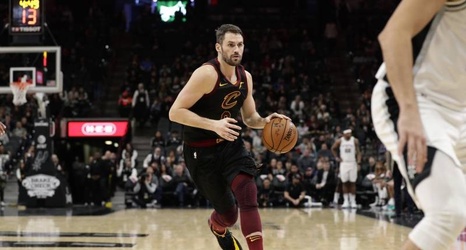 There is reportedly "dissonance" around the NBA regarding the trade value of Cleveland Cavaliers forward Kevin Love, according to ESPN's Zach Lowe.

"I think you're looking at a marketplace where they'll probably get a protected first-round pick and maybe an expiring contract and then maybe a throw-in player," Wojnarowski said, per RealGM.

Lowe noted the Portland Trail Blazers and Phoenix Suns are among the most likely teams to express interest.