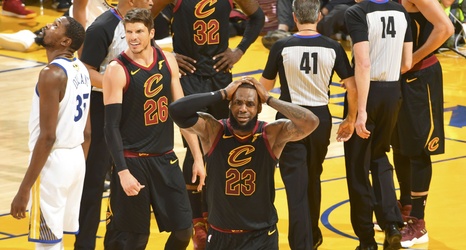 The 2018 NBA Finals ended up being, on paper, a forgettable one, as the Cleveland Cavaliers were swept by the Golden State Warriors 4-0. As plenty of us Cavs fans would probably say, though, if the Cavaliers found a way to win Game 1 of that one, the series could’ve been much, much different.

The Cavs would lose in overtime in that Game 1, which was really unfortunate.

J.R. Smith‘s boneheaded play of dribbling out the clock to the end of regulation after securing an offensive rebound on a missed George Hill free throw, when Smith could’ve had a high percentage shot attempt or at least passed it to say, LeBron James, is something that will always sting.