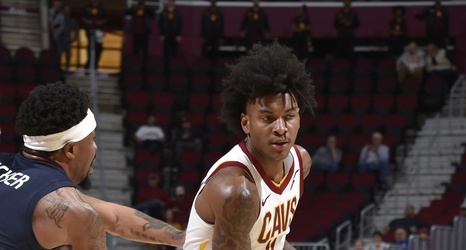 At this point, the Cleveland Cavaliers still do not begin playing games that actually count until Oct. 23, when they start the 2019-20 regular season on the road at the Orlando Magic.

On Monday, they began their slate of four preseason games, though, as they welcomed Argentinean club San Lorenzo de Almagro to the newly-renovated Rocket Mortgage FieldHouse.

While a win over a non-NBA foe is not one to exactly right home about, even with San Lorenzo being the latest “Argentinean championship team,” as was noted by Cleveland.com’s Chris Fedor, it was encouraging from the way the Cavs’ ball and man movement seemed to pick up as the game progressed.