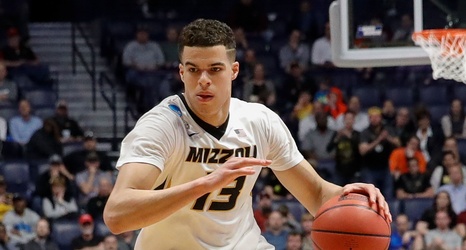 A shake up in the top 10 gives a new look to our latest NBA mock draft. pic.twitter.com/PnOCrUNehf

If this scenario were to happen, while the eight overall pick isn’t an ideal selection, Porter Jr. holds tremendous value.

Although he sustained a back injury that kept him out for the majority of his freshman season, Porter Jr. was a consensus top-three pick at the beginning of the season.

Even now, despite the national storylines have touted the ability of many young players, only three have seemed to firmly catapult themselves above Porter Jr.