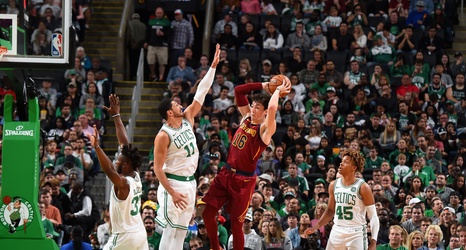 At this point, we’re just one week away from the start of the regular season for the Cleveland Cavaliers, who begin the 2019-20 season at the Orlando Magic on Oct. 23. That’s something, huh?

Before that, though, the Cavs completed their four-game preseason slate, and we’ll take a quick look back at how they did in that stretch.

To review, Cleveland’s first preseason game was a home one welcoming Argentinean club San Lorenzo de Almagro where they started slow, but then Cleveland’s ball and man movement picked up, and they were able to cruise along for the final three quarters en route to a 120-89 win, and Cavs rookie wing Kevin Porter Jr.