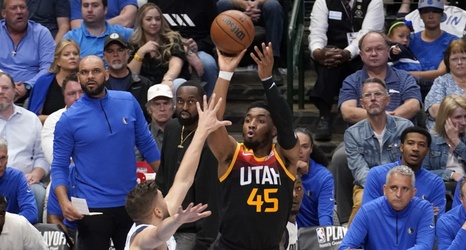 The Cleveland Cavaliers will be better in a lot of ways next year after acquiring Donovan Mitchell, but one weakness could be outside shooting.

According to Terry Pluto of Cleveland.com, two insiders called the team's three-point shooting "a major problem."

The biggest concern is at small forward with both Caris LeVert and Isaac Okoro considered below-average outside shooters. This could clog the lane with Jarrett Allen and Evan Mobley inside also limiting the driving abilities of Mitchell and Darius Garland.

Cleveland finished 20th in the NBA in made threes last year, and that was before dealing away Lauri Markkanen, who has averaged over two made threes per game every year of his career, and Collin Sexton, who is a 37.