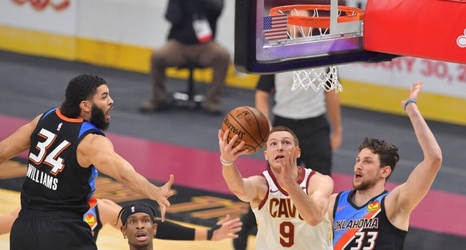 It’s a broken record to say that Dylan Windler has been injury-prone thus far in his time with the Cleveland Cavaliers. After having been drafted 26th overall in the 2019 NBA Draft by Cleveland, he’s had problems staying healthy.

Windler’s rookie season was wiped out because of a lower left leg stress fracture, and he was active in only 31 games in his de facto rookie year in 2020-21 due to a few other ailments.

First, Windler was sidelined for a chunk of outings in the season’s early going with a fourth left metacarpal fracture, and his season would ultimately end in late March in relation to left knee complications.