Cavs: Collin Sexton has looked solid, but a bit rusty after few-game absence 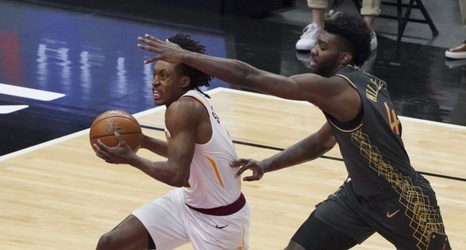 Collin Sexton had had it going for the Cleveland Cavaliers, by and large, for a considerable stretch there, but had then been seemingly a bit banged up.

Sexton had missed Cleveland’s game last Sunday versus the New Orleans Pelicans, along with their Wednesday outing at the Charlotte Hornets. Despite being very shorthanded in that New Orleans game, the Cavs, although Lonzo Ball and Nickeil Alexander-Walker weren’t in it, did hang tough and lost in a close one.

Meanwhile, the Cavaliers had a nice team effort and did get some reinforcements back in that Wednesday one at the Hornets, such as Jarrett Allen and Larry Nance Jr.