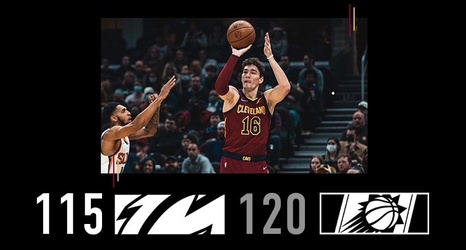 They call them growing pains for a reason. And on Wednesday night, the young Cavaliers endured another painful lesson – getting within striking distance of the league’s hottest squad before running out of steam down the stretch.

The Cavs were down 10 with just under seven minutes to play before roaring back to tie the game at 107-apeice on Lauri Markkanen’s three-pointer, but they could never grab the lead as Phoenix held on for its 14th straight win while handing Cleveland its fifth straight loss – a 120-115 decision at Rocket Mortgage FieldHouse.

The Suns began their 14-game run over the Cavaliers on October 30 back in Phoenix, and J.