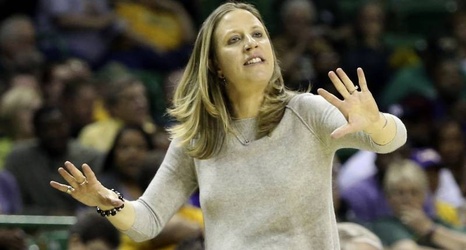 Wojnarowski noted that it marks the first time an NBA team has hired a college women's basketball head coach to be part of its staff.

The 41-year-old Gottlieb has led Cal to the NCAA tournament seven times in her eight seasons as head coach, including one Final Four appearance.