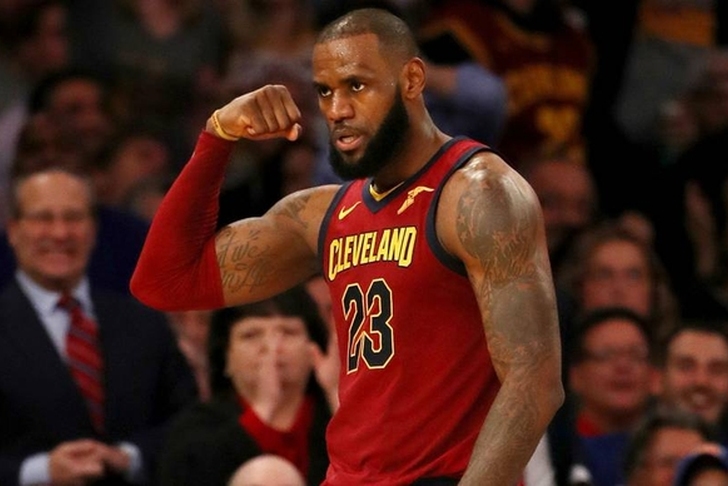 The Cleveland Cavaliers are heading to the NBA Finals for the 4th straight year after defeating the Boston Celtics 87-79 in Game 7 of the Eastern Conference Finals.

LeBron James had another incredible elimination game as he dropped 35 points, 15 rebounds, and 9 assists on his way to his 8th consecutive Finals and his 4th since rejoining the Cavaliers back in 2014.

Without All-Star PF Kevin Love, many thought that the Cavs role players would be no match for the Celtics, but they made the doubters pay with Jeff Green dropping 19 points against his former team.

They now move on to face either the Golden State Warriors or Houston Rockets in the 2018 NBA Finals.

That game will be decided tomorrow night at 9:00 PM ET on TNT.

For the Celtics, the incredible postseason run has come to an end.

Despite losing SF Gordon Hayward and PG Kyrie Irving, head coach Brad Stevens was able to lead the undermanned Celtics to the very brink of the NBA Finals.

With both injured stars returning next year, this Celtics group will be a force in the Eastern Conference for years to come.

The 2018 NBA Finals will begin on Thursday, May 31st at 9 PM ET on ABC between the Cleveland Cavaliersand the winner of Game 7 of the Western Conference Finals between the Golden State Warriors and Houston Rockets.

Game 1 will take place either in Oracle Arena in Oakland or at the Toyota Center in Houston due to both teams’ superior record over the (insert winning team).

All games can be viewed on ABC and heard on ESPN Radio.