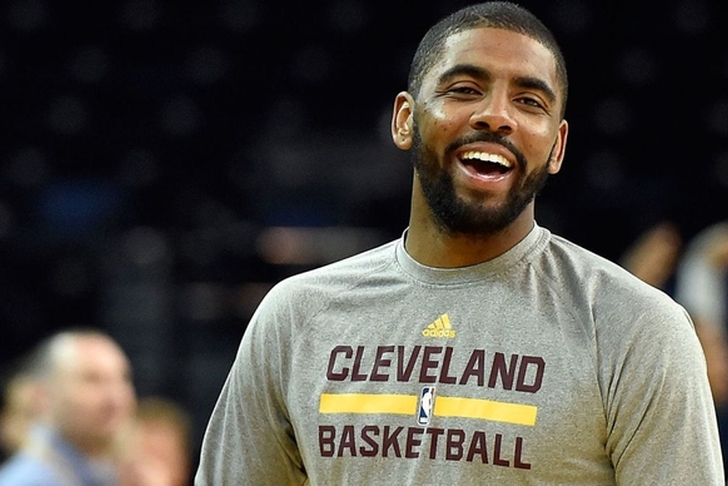 Irving joined the team for their current road trip, but will not play Tuesday against the Boston Celtics as the team had previously hoped. Instead, the Cavs are targeting Irving to return on Thursday when they host the Oklahoma City Thunder, but will definitely be on the court by Sunday against the Philadelphia 76ers.

“We still got some things we want to go through with him before we let him get back out there,” Blatt said. “But he’s looking good and he’s feeling good.”

Irving has been practicing with the second team for a few days, but the Cavaliers want to be extremely cautious when bringing him back into the fold. Irving has been out since fracturing his kneecap in Game 1 of the NBA Finals.

Cleveland did get a big boost on Friday when Iman Shumpert made his season debut after having offseason wrist surgery as he scored 14 points in 25 minutes off the bench.

Guard J.R. Smith, who missed Friday's win over the Magic with an illness, has re-joined the team and will play Tuesday against the Celtics.