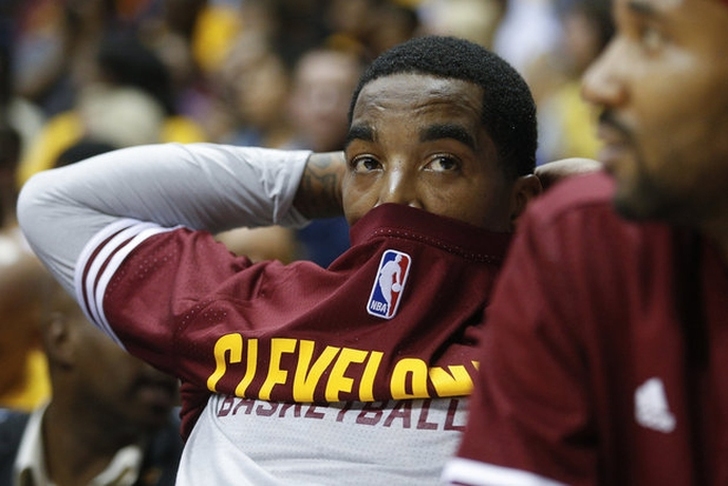 Cleveland Cavaliers shooting guard J.R. Smith is questionable to return to action Tuesday night against the Utah Jazz, according to the team.

Smith has missed three consecutive games since suffering a right knee bruise and quadriceps tendinitis in the first quarter of their win over the Philadelphia 76ers on Nov. 2.

He went through a full practice on Saturday, but was held out of Sunday's win over the Indiana Pacers as a precautionary measure.

Smith's backup, Iman Shumpert, is out until January with a wrist injury he suffered in the offseason. The Cavs are starting Richard Jefferson in his place with Jared Cunningham coming off the bench at the position.

Smith is averaging 4.8 points on 27 percent shooting this season.