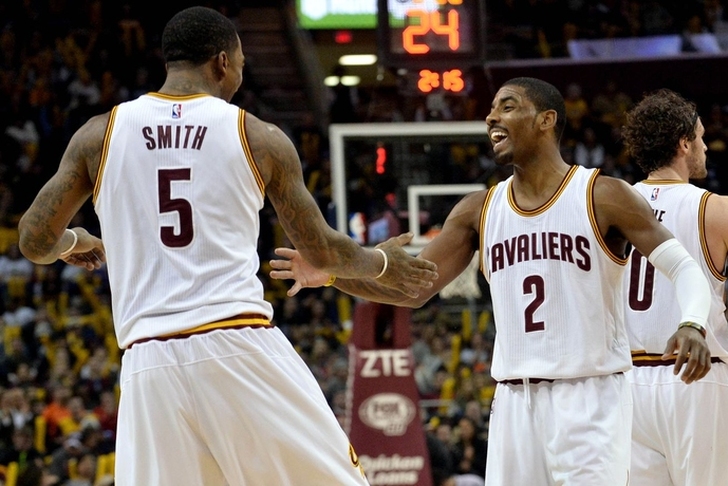 When Tyronn Lue took over as head coach of the Cleveland Cavaliers, he wanted them to become a more three-point centric team.

The Cavs executed that plan to perfection, knocking down a NBA record (playoffs or regular season) 25 three-pointers on their way to a 123-98 blowout win over the Atlanta Hawks, giving them a 2-0 series lead

Both sides got off to fast starts, but when the Hawks started to cool down at the end of the first quarter, Cleveland just got hotter. The Cavs closed the first half on a monstrous 58-22 run to turn this into an absolute laugher thanks to another NBA record with 18 first-half threes.

Check out all 18 three-pointers from the #Cavs' record-breaking first half!! #NBA​ #NBAPlayoffs pic.twitter.com/ko1R7sYX3r

Cleveland's 74-38 halftime lead was the largest in a playoff game since 1987. The second half was only a formality.

J.R. Smith spearheaded that first half run for the Cavs with six triples in the first 24 minutes. He finished the game with 23 points on 7/13 shooting from three-point range. LeBron James (27 points) and Kyrie Irving (19 points) each knocked down four three-pointers of their own, while Kevin Love (11 points, 13 rebounds) drained three. In all, 10 different Cavalier players hit a three-pointer in this game.