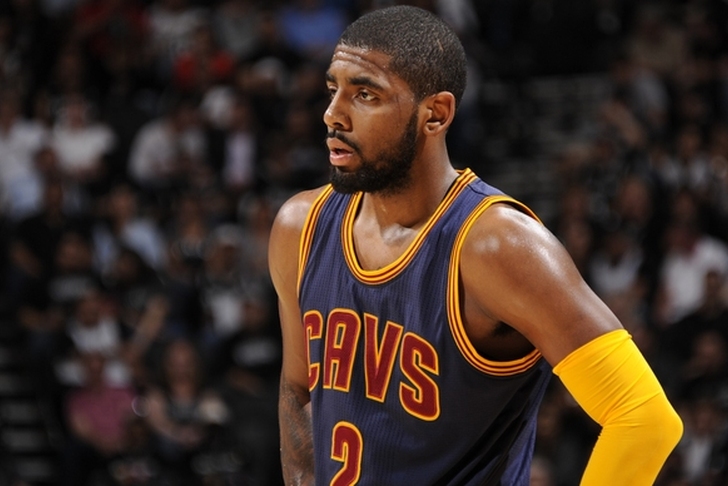 The Cleveland Cavaliers have undergone significant chance in the past few months, with Kyrie Irving demanding a trade and general manager David Griffin leaving the organization after two sides couldn't agree to a contract extension. For the first time, Griffin has publicly commented on what he thinks about Irving's trade request.

"He handled the situation exactly like he was supposed to," Griffin said Monday on ESPN's The Jump. "He went to [Cavs owner] Dan Gilbert privately, told him that he thought he would be happier somewhere else. The absolute worst thing this guy could have done was pretend to be all-in and sink the ship from within. Most guys don't have the courage to do what he did."

Griffin was mostly positive in his comments on Irving. He also said that he thinks Irving will be traded by the Cavaliers. There have been plenty of trade rumors since it was first reported that Irving wanted out, but the Cavs have yet to complete a trade. Interestingly enough, Griffin mentioned the Celtics, twice, as preferred destinations for Irving. That had not been previously reported.

"I see this as him looking for a fit for himself, to take the next step in his career," Griffin said. "I think this is a guy who wants to know how good he can be. LeBron casts a very large shadow over an organization. And most of it is really, really positive. You know you are expected to win a championship by way of example. But what that doesn't always allow is for a player like Kyrie to test his boundaries and see how good he can really be, and can I really be the front man of a team like that."

Irving has already won one championship and it appears, based on his trade request, that he would rather be on a new team and lead them than try to chase another with James. On a related note, Irving reportedly has the Knicks as his preferred landing spot. The Knicks are a lesser team than the current Cavs, but they provide a much larger market.

Irving averaged a career-high 25.2 points and 5.8 assists per game last season. He's still just 25 years old and under contract for two more years, with a player option for a third.