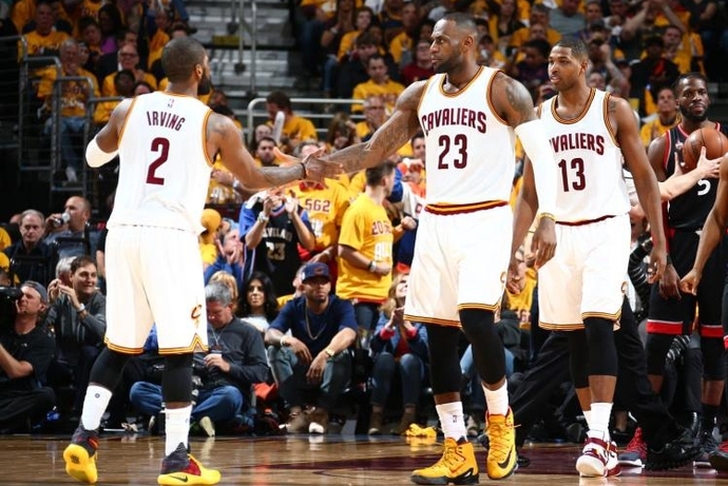 The Cleveland Cavaliers were hoping to get a boost from their home crowd in Game 3 after being blown out in the first two games of the Finals.

They got that and then some, using a dominant first quarter and big performances from LeBron James (32 points, 11 rebounds) and Kyrie Irving (30 points, eight assists) to get a huge 120-90 win over the Golden State Warriors. The Cavs now trail the series 2-1.

Cleveland opened on a 30-10 run to take total control right from the jump, thanks to 16 first-quarter points from Irving. The Warriors managed to trail just 51-43 at halftime, but that was as close as the Warriors would get.

The Cavs opened the third quarter on a 19-5 run and never looked back.

The biggest reason for Cleveland's success was their ability to shut down Stephen Curry and Klay Thompson. The duo combined for just 29 points on 10/26 shooting (4/18 from long range) for the Warriors. Harrison Barnes was the lone bright spot for Golden State with 18 points and eight rebounds.

Along with LeBron and Kyrie's dominance, the Cavs got some help where they needed it without Kevin Love, who missed the game with a concussion. J.R. Smith had his best game in the Finals with 20 points, while Tristan Thompson added a monster double-double with 14 points and 13 rebounds.