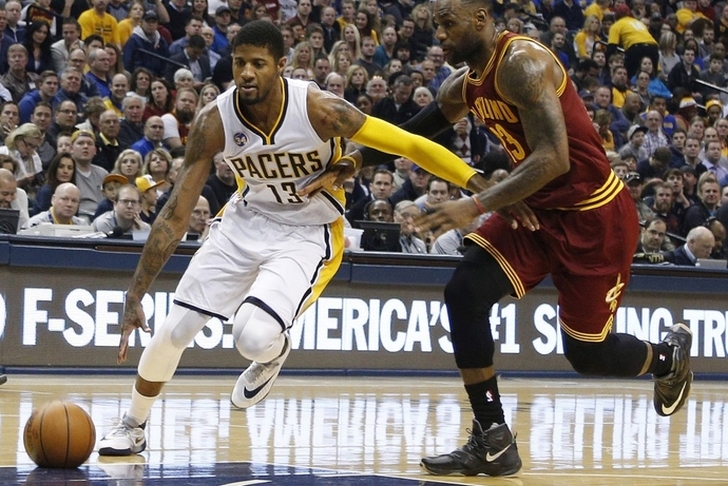 After the Cleveland Cavaliers lost to the Warriors in the NBA Finals, there was immediate discussion about moves they could make to improve and better compete with Golden State.

The idea of trading for Paul George was mentioned, but was deemed unlikely given what Cleveland would have to give up in the trade and the fact that the Pacers were trying to convince him to sign with the team long-term.

However, now that George has told Indiana that he won't re-sign with the team following the season, they are looking to trade him - and are already talking with the Cavs about a possible deal, according to Adrian Wojnarowski of The Vertical.

In the past 24 hours, Pritchard has become more aggressive in pursuing trades for George, league sources told The Vertical. Pritchard has yet to show an inclination to engage the Lakers, but has discussed deals with several teams – including Cleveland – in which the expectation of teams would be that George is a “one-year rental.” It is unclear how robust those offers to Indiana will ultimately be, given that teams believe he will sign with the Lakers next summer. So far, Indiana is asking for a substantial package of talent and draft picks for George, league sources said. Discussions could extend until Thursday’s NBA draft – or beyond.

It's still unclear what Indiana's asking price is and how much Cleveland is willing to give up for a "one-year rental," but the fact that they're having a conversation shows that there is legitimate interest on both sides.

George is under contract for just over $19.5 million next season, and given that Cleveland is already over the salary cap, they would have to trade players to match that salary. Iman Shumpert and his $10.3 million contract could be included as part of a potential trade, and the Cavs have shopped him before.