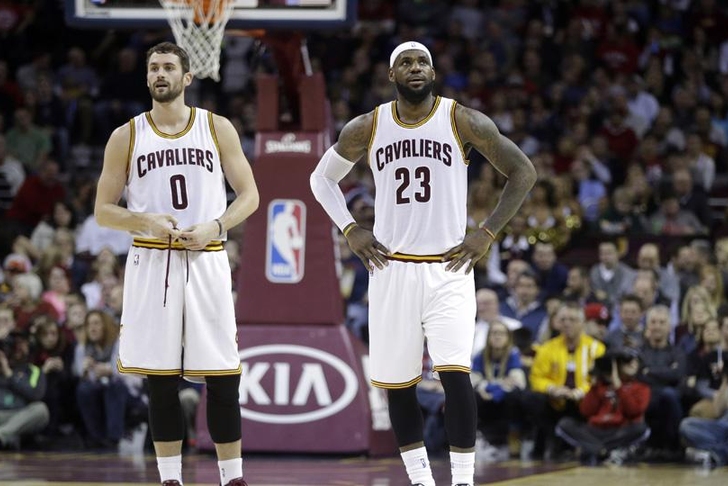 Cleveland Cavaliers forward LeBron James made headlines this weekend for this cryptic tweet he sent out:

Stop trying to find a way to FIT-OUT and just FIT-IN. Be apart of something special! Just my thoughts

Many assumed it was about Kevin Love, considering what Love said upon his arrival in Cleveland this offseason.

“I’m comfortable and just not trying to, I guess, fit in so much. I had a talk with the guys on the plane ride over [to Brazil] and also at different practices off the floor and they told me to fit out. Just be myself.”

After the Cavs beat the Lakers on Sunday, LeBron admitted the tweet was about Love, according to ESPN's Dave McMenamin.

But later, when asked at his locker about the tweet and its relationship to Love’s quote back in October by a small group of reporters after the game, the four-time MVP flashed a revealing smile.

However, James took to Twitter on Monday morning to blame the media for creating the story, even though he already admitted it was about Love.

I like u guys a lot(Media) but don't try and make a story cause it looks good. If I have a problem with a teammate or anyone I'll say to....

their face and not over social media. That's corny and wack! So good try again my friends(Media), I still love you guys.

Whatever the case may be, it sure seems like there are some potential problems still lingering in Cleveland's locker room despite their long win streak.