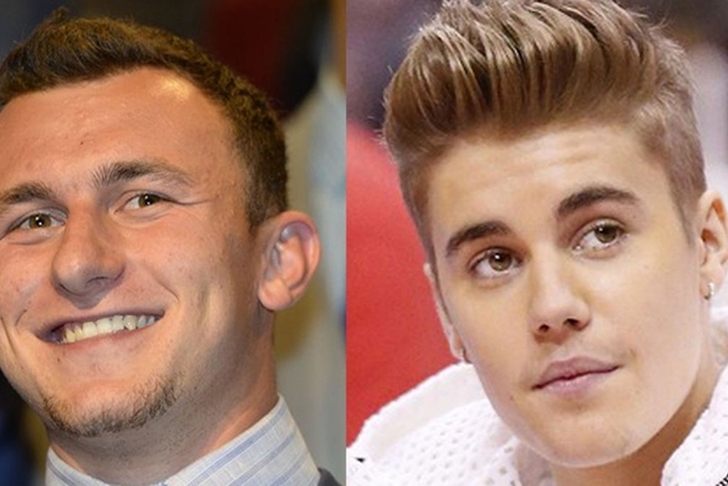 Johnny Manziel has been spotted watching the NFL Draft from a sports bar in Columbus, Ohio. The No. 22 overall pick to the Browns two years ago is now out of football completely after being cut by the Browns following the 2015 NFL season.

Manziel is rumored to be in Columbus to attend tonight's Justin Bieber concert at the Schottenstein Center on the Ohio State campus.

Cleveland sports media personality Will Burge released the photo below.

2 yrs ago he was a 1st rd pick...now hes unemployed watching it at a bar in Columbus b4 the Bieber concert #Manziel pic.twitter.com/phXU96jL3K