Will the Victory Fridges open? Cleveland takes on the Steelers in Week One 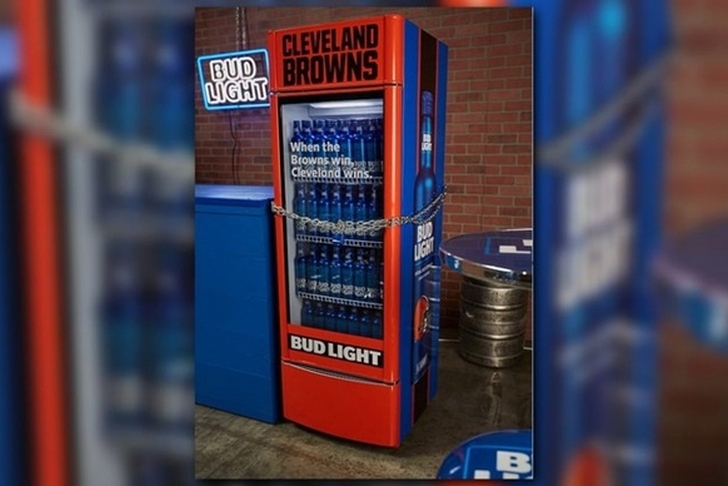 The talking is coming to an end, and it’s time for the action to move out into the field of play. The long road to Super Bowl LIII gets underway with the defending champions taking on the Falcons on Friday. That will be followed by 13 games on Sunday, and a Monday night double header, with the Jets at the Lions and the Raiders visiting the Rams, will tie things up nicely.

It’s an embarrassment of riches, and some might not know which game to focus on – but given that week one is all about celebrating our love of the game, there is really only one choice.

The “perennially hapless” but loved Browns
The current Cleveland Browns team might not be the worst in history – but it is certainly the worst in recent memory. Cleveland went winless last year, and recorded just one win the year before. Yet the team remains among the most loyally supported, with a fanatical global fanbase that more successful franchises could only dream of.

Week One brings them a fixture that would not inspire confidence in most. The Browns have lost 10 of their last 11 games against the Steelers, and the last time they won a season opener was in 2004, but that won’t deter the inhabitants of the Dawgpound.

Bud Light has installed “Victory Fridges” across Cleveland, all fully stocked with beer and sealed closed with locks and chains. When the Browns finally break their losing drought, the padlocks will be sprung and it will be free beer for all.

Backing the Browns
So can the Browns pull off the seemingly impossible and get off to a winning start against their fiercest AFC North rivals? Of course, the Steelers are the hot favorites, but the tipsters at SBO.net feel that if you are going to back a fairytale result, in Week One, this is the one to go with. For one thing, the first week of a new season always throws up surprises. For another, however, there are genuine reasons to believe that the Browns will be, if not Super Bowl challengers, at least back to winning ways this season and in with a genuine shot at the playoffs.

Tyrod Taylor could just be the quarterback they have been looking for all these years. The team hasn’t gone an entire season with the same quarterback starting every game since 2001, but that could change this year, and rookie backup Baker Mayfield is likely to be the NFL’s Invisible Man, provided Taylor stays fit.

There’s strength of depth on the offense. Wide receiver Josh Gordon is fighting fit and ready to rumble for the first time in what seems like years, and will team up with Corey Coleman, who has plenty to prove, and the talented Jarvis Landry. The backfield looks similarly healthy, with Duke Johnson and Carlos Hyde. And don’t rule out fullback Nick Chubb as a third down specialist who could make some all-important plays.

As far as the defense is concerned, Myles Garrett’s rookie year was one of the few shining lights from last season, and the new General Manager at the Browns, John Dorsey, has invested in some shrewd acquisitions to bolster the defensive line, not least former Eagles linebacker Mychal Kendricks.

Pittsburgh doubts
The Steelers go into Week One with a general expectation in the global media that they will blow the Browns away. That brings its own kind of pressure with it, particularly when combined with the question marks over Le’Veon Bell.

Bell missed the entire pre-season training camp, and with just days remaining before the regular season gets underway, the team, management and fans still don’t know whether he or James Connor will be starting at running back. For sure, Pittsburgh have the depth of talent that either will be a fierce competitor, but these kinds of distractions and uncertainties are the last thing a professional team needs in the run up to a new season.

The starting running back is not the only question mark hanging over the Steelers. There are suspicions that the defense is already looking a little fragile, and with Baltimore looking strong and the Bengals resurgent, there are those who are predicting Pittsburgh might even miss out on a playoff spot this year.

Could it be a fairytale start?
On paper, the Browns genuinely have the potential to be a force to be reckoned with this season, while the Steelers have inner demons to battle on a number of levels. The fans in the Dawgpound will be at their most vocal on Sunday, as they welcome their beloved Browns back to start off another season. If ever there was a time and a place for fairytales to come true, this is surely it. It might just be time to open that fridge.