Which QB To Acquire? The 3 Toughest Contract Decisions Of The Browns' Offseason 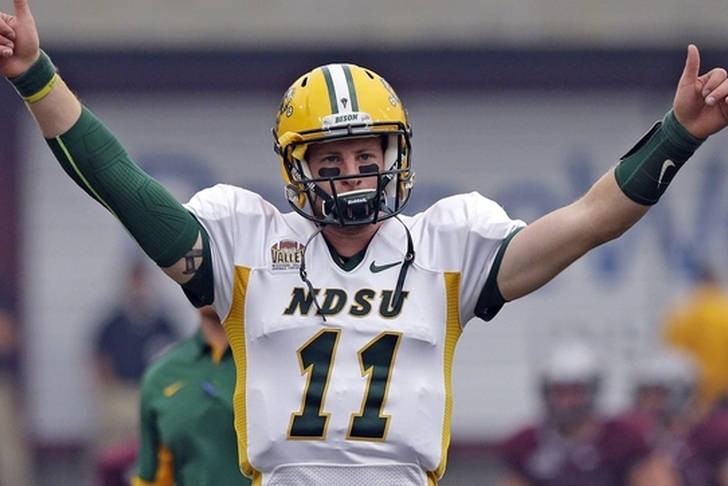 The Cleveland Browns are once again starting over, with a new head coach and new front office. The Browns have roughly $38 million in cap space to spend this offseason and several needs they must address. The Browns need to get this offseason right, as the franchise and its fans don't want to sit through a few more years of struggles.

The Browns will have some tough decisions to make, and what they elect to do will help determine is the new regime can get things turned around. With that in mind, here are the 3 Toughest Contract Decisions Of The Browns' Offseason.

The Browns could lose both Alex Mack and Mitchell Schwartz. Mack could decide to opt-out, while Schwartz is a free agent. The team has nothing behind Schwartz (or Joe Thomas for that matter). The team is fine for now at guard with John Greco and Joel Bitonio. But if Mack leaves, that might force the Browns to start Cam Erving at center, who was just awful at guard last year.

What The Browns Should Do:
Priority No. 1 is bringing back Schwartz. He's a talented right tackle and the Browns need to keep him. If he's gone, they'll need to find a new one, likely in free agency. As for Mack, the team should hope he stays. But if he leaves, then it's time to see if Erving can play better. There's reason to be worried, but there's also a reason why everyone thought he was worthy of a first round pick. For more Browns coverage, download the Chat Sports Android and iPhone app.

2. Getting Weapons At WR For whatever reason, former GM Ray Farmer didn't like adding wide receivers. Sure, he signed players like Dwayne Bowe and drafted Vince Mayle, but neither of those moves worked out. Bowe, Brian Hartline, Andrew Hawkins are the three biggest names at WR set to be on the roster. Terrelle Pryor is a restricted free agent, but it's impossible to count on him. Travis Benjamin showed promise, but he's not a No. 1 option. Josh Gordon is still on the suspended list, and the team can't bank on him returning, let alone at a high level.

What The Browns Should Do:
Step one is cutting Bowe. He was a complete bust and cutting him will save the team $3.4 million. Brian Hartline can go as well, and that will save another $3 million. The Browns should resign Benjamin, something they're already doing. Getting Gordon back is ideal, but he needs to be treated as a luxury, not a sure thing. It's time for Cleveland to spend a high draft pick on a WR, and there should be several talented options in Round Two or Three this year. Going out and signing another WR (perhaps Marvin Jones or Mohamed Sanu) isn't a bad idea either.

It's clear Johnny Manziel is not the answer for Cleveland. We'll leave it at that, because Browns fans already know why and there's no point bringing it up again. The Browns have a few options in their search for a franchise QB. They can sign a young QB like Brock Osweiler, although it's a long shot he hits the open market. They can draft a QB in the later rounds and develop him. Or they can spend the No. 2 overall pick on a QB.

What The Browns Should Do:
The Browns should draft either North Dakota State's Carson Wentz or Cal's Jared Goff. I'm partial to Goff, but the Browns should pull the trigger on whichever QB they believe in. Cleveland isn't likely to land Osweiler, who should stay in Denver. While some might point to Russell Wilson as a reason why the Browns should wait to pick a QB, he's the exception not the rule. There are hundreds of QBs taken outside of Round 1 that have not been franchise material. Cleveland needs to draft a QB at No. 2 overall and hope he's the answer to their franchise QB search.