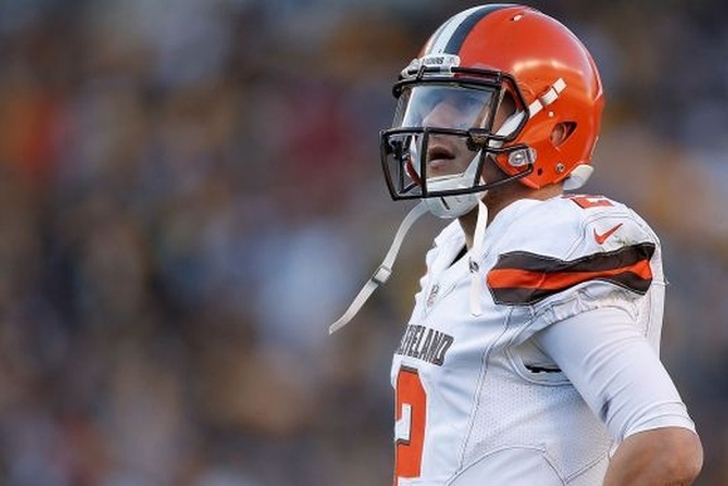 Cleveland Browns quarterback Johnny Manziel made his thrid start of the season on Sunday against the Pittsburgh Steelers and threw for a career-high 372 yards while completing 33/45 passes. Even though Cleveland lost 30-9, several Steelers came away very impressed by Johnny Football.

“Johnny is really good at extending plays,” lineback Ryan Shazier said. “A lot of quarterbacks scramble with their eyes down. I feel like Johnny is better when he’s running. He continues looking downfield, looking for guys that are open."

“You can’t just pick a side to go at him, because he’s going to make you wrong right away,” Heyward said. “You’ve got to be very careful about jumping into a gap, because it’s going to open something else for him. You’ve got to be more of a bull rusher, where he can’t choose a gap. You want to see him come to you.”

Manziel showed that patented ability to extend plays numerous times against the Steelers, often hitting receivers for big plays once he was out of the pocket. That impressed linebacker Sean Spence more than anything else:

“He has a big arm, man,” Spence said. “And he’s mobile. He does a lot of special things. Obviously you have to cover longer when he scrambles. We sacked him a lot, which got him off rhythm, but he also made some plays with his legs and made some great throws."

Browns head coach Mike Pettine has yet to commit to Manziel as the team's starter going forward, but he said it's something the coaching staff will evaluate during their bye week this week.

Manziel has thrown for 955 yards, five touchdowns, and two interceptions while filling in for starter Josh McCown this week, including three starts.