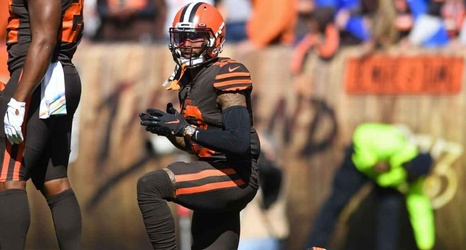 Odell Beckham Jr. posted Monday on social media that he had been fined by the NFL for not wearing pants that covered his knees during Cleveland's loss to Seattle on Oct. 13.

The Browns star wide receiver posted a letter from the league on Instagram, telling him he'd been fined $14,037 for violating the NFL's policy on uniforms and equipment.

On top of the letter, Beckham added the caption, "14 k for some pants that are NOT gonna protect me from anything ... this shxt is ridiculous."