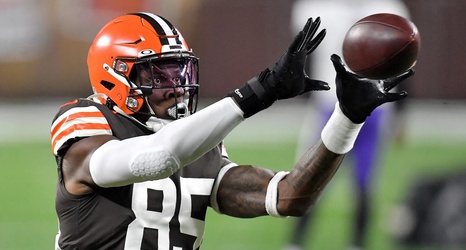 Cleveland GM Andrew Berry has shown he is not timid in stacking free agent signings along with draft picks.

Last year, he signed middle linebacker B.J. Goodson on the very first day of free agency, then drafted ILB Jacob Phillips in the third-round. Within two weeks of each other, he inked free agent safeties Andrew Sendejo and Karl Joseph and then spent a second-round pick on free safety Grant Delpit.

Which brings us to the tight end position.