What is next for the Cleveland Browns and Trent Williams 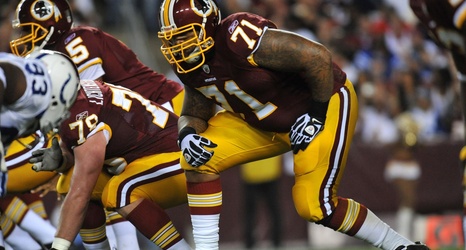 Tuesday morning Adam Schefter released a statement from Trent Williams’ agent that demanded Williams be released or traded from the Washington Redskins.

The team has been actively shopping the veteran tackle for some time but has requested far too much compensation and not been able to come up with a deal.

With Williams likely to demand top dollar on a contract extension (reportedly $20 million per year), teams have not been willing to compensate the Redskins with a high draft pick via trade.

Washington asked for a first-round pick at the trade deadline in 2019, and reportedly is still seeking at least a second-round pick.