“The men of quality did their job, and working Americans will not face the ignoble prospect of voting for a candidate who takes their side against billionaires and businesses” 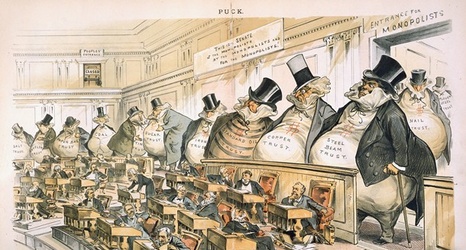 Vermont Senator Bernie Sanders ended his presidential campaign yesterday, thus concluding a ridiculous farce of a Democratic party primary, where only one of eleven debates involved fewer than six candidates, where millions were forced to choose between their right to vote or risk exposure to a deadly viral pandemic, and which has left no doubt about the utter corruption of the corporate media and the utter brokenness of both American journalism and democracy. Party elites and their media accomplices did everything in their power to crush Bernie’s movement, which represented a rare sliver of hope for increasing tens of millions of voters who are increasingly immiserated and voiceless in a political system that has abandoned the need to restrain concentrated corporate power—a need that was formerly so well-understood that it grounded 100 years of U.